A dog is for Christmas but absolutely not for Life ! 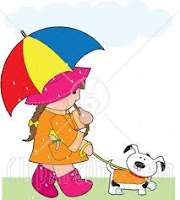 Every year without fail since she was 3 yrs old, a month or so before Christmas, Miss C starts asking for a dog as her present. She's now 16 and so we have endured this relentless pestering for the last 13 Christmases! Now when she was little and still believed in Father Christmas we could just about get away with it by telling her that it was impossible for him to 'deliver' livestock on account of them not fitting in the sleigh or that he had no 'toilet facilities' on board for them. But still each year, without fail, she’d ask!

So once she discovered Santa wasn't real (which hit her hard) not because of the loss of Santa, but more as she realised that the real reason she didn't have a dog was because her parents were just plain and simple....evil liars! Now with this knowledge she began focusing all her efforts towards us instead, using many different and ingenious methods to get us to buy her a dog and to fulfil her very 'basic' need for a canine companionship. In fact she tried all manner of convincers in order to make this happen, like demanding, begging, or telling us she was 'lonely' and sad and therefore a dog would be far easier for us than 'buying' a baby sister or brother!

In an effort to console her, we bought her a myriad of toy dogs that included those that barked, snored and cried if left alone for too long. They came with dog baskets, brushes, play food and collars and leads! However rather than satisfying her desire for a dog, she took her role play as dog owner so seriously that she was convinced it proved to us that she had the ability to care for a real dog.

Now as she got older Miss C started to revamp her tactics and so by the age of 14 she began telling us how owning a dog would help to teach her responsibility, would give her some exercise (when walking it), along with an interest outside of just hanging about with her pals doing nothing!  Now at 16, she says we're simply being 'unfair' in denying her the chance of 'ever' owning her own pet dog. In fact Miss C says that when she leaves home (hopefully very soon!) that she'll be far too busy working, partying and running her own home to be able to dedicate herself to a dog...it’s fair to say that Miss C has thus far NEVER dedicated herself to anything!

Miss C is on the whole a textbook teenager, living mostly in her bedroom, hiding away from the outside world and participating only in reality through TV programmes! Her curtains remain drawn, her bed never made and I'm beginning to think that her windows are fused shut. It’s got to the point where Mr PoshBird and I, are so sick of asking her to open the curtains and utilise the 'free electricity' that we've actually removed her light bulbs in an effort to try and 'smoke ' her out and to make her come downstairs!  The flip side of this is that according to Miss C, a dog would in fact motivate her to get up out of her bed, to get outside in the fresh air and sunshine and so save us a fortune on the leccy bill! She tells us that she would be mixing with the other kids in the village who walk their dogs and so she'll be meeting new people and widening her horizons? What? Now I've lived here for 11 years and I've never once seen an enthusiastic teen trotting along with their beloved canine off to the park to engage in a spot of stick throwing. All I can see are yawns in hoodies, shuffling along, making eye contact with only the pavement and emitting the odd grunt into their iphone! So forgive me if I'm not wholly convinced that owning a dog would change the fundamental behaviour of my teenage daughter, which involves mainly meeting her own needs and no one else’s!

Besides it's not like she hasn't had any pets, in fact I love pets and without question, she has been given plenty of opportunity to care for, love, clean out and be responsible for little animal lives. Her list of pets is substantial, we owned rats for 3 years (because she wanted them) and as predicted after the initial novelty wore off it was left unsurprisingly to me, to take on the day to day care. I even bought them 'rat leads' as Miss C had done her research and said it was essential to take them for walks. Sadly though I had to explain to Little Miss H that Eric and Charlie were incapable of walking the mile round trip to school and back (unlike ...you've guessed it ...a dog!) In fact after we'd had them for about 2 years Miss C regularly informed me whilst begrudgingly cleaning them out, that they looked sad and perhaps they were sick and in need of being put to sleep...!

We've also owned cats (but seems she's not fussed with those) and when she was little she was allowed to keep a hamster too. Regrettably though, Elizabeth hamster was found halfway down the cats’ throat late one night after Miss C had accidentally left the cage door open! She’s also overfed our fish, either out of love or boredom, who knows but they are now morbidly obese, I'm sure of it. All in all, this points to us being disastrous dog owners and I really could do without the RSPCA or Norris McWhirter (or equivalent) turning up on our doorstep wanting to see the UK's first half tonne Labrador!

Now don't get me wrong with all this, I love dogs, in fact I walk other people’s dogs and get paid for it.... Which by its very nature just goes to show what a massive commitment owning a dog is? If you have to go away or even work late then someone else needs to be on hand to walk and feed it. I know how loving dogs are, how loyal, how happy they are to see you, how they can be good for the soul and they give you a reason to get outside in the fresh air and sunshine (and rain, wind, snow, ice and -12 conditions!) Believe me, I also spend more time each day than I truly care for smelling of eau de wet dog and covered in drool, which no amount of Jo Malone can mask!

But still despite my constant re-enforcement that we are not having or ever will have a dog, Miss C has set about this year’s Christmas 'dog' crusade with the passion and spirit of an American presidential candidate on his election campaign!  This year’s required puppy is a Puggle, which is a pug/beagle cross and I willingly admit that's its exceptionally cute.

So it’s no surprise to me that as I'm going about my daily business, mysteriously Puggles start to appear in strategic places about the house. My phone develops a new background, the laptop a different screen saver and I start receiving numerous picture messages throughout the day.... all of which (you've guessed it) are images of the Puggle.  There is no rest, whilst climbing into bed at night under my duvet I'm greeted by a picture of a Puggle that must seriously have won the title of ' cutest Puggle in the world’! Mr PoshBird has pulled an A3 size Puggle form his briefcase during a meeting whilst looking for a document on nuclear waste disposal, and has also driven the six miles to work sat on a cardboard cut out of 'Pugley'.... yes you got it...Miss C has even named him! 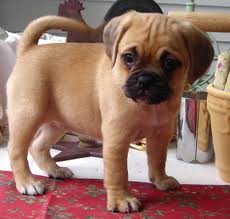 Bless her but she talks about him as if he was already living with us! So coming home after being out she’ll call out to him.... ' Pugley I'm home... come here boy'. At which point she gives me a dagger of a look and says ' oh no wait, you won't let me have a dog will you’ and with that Miss C flounces off upstairs nearly flattening Doris the cat and muttering, tutting and grumbling like the professional teen that she is!

So here we are with five days left until Christmas and I'm proud to announce that yet again I haven't caved in. There will absolutely not be a cute, fluffy Puggle (or even a mangy, flea-ridden mutt from the local animal shelter for that matter) under our tree come Christmas morning! And whilst Miss C's 2011 efforts have been heroic and relentless they have also been in vain (although it has been very amusing!) and so with a chuckle and a self pat on my back for resisting, I relish the next six months of peace without any mention of 'man's best friend’...